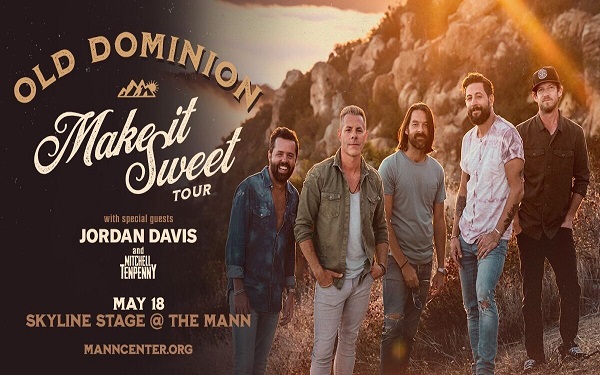 Last year turned into something of a triumphant victory lap for Old Dominion. Their smash hit “Hotel Key” ascended to #1 on the Billboard Country Airplay and Media base charts, becoming their 6th #1 from the album Happy Endings. With multiple platinum and gold certifications, Old Dominion also notably eclipsed 1 billion on-demand streams, averaging nearly 4 million monthly listeners on Spotify alone. In October they released the upbeat “Make It Sweet” and announced their major headlining tour. Don’t miss the Academy of Country Music’s “Vocal Group of the Year” live at the Skyline Stage on Saturday, May 18 with special guests Jordan Davis and Mitchell Tenpenny.