Beethoven's 9th with The Philadelphia Orchestra 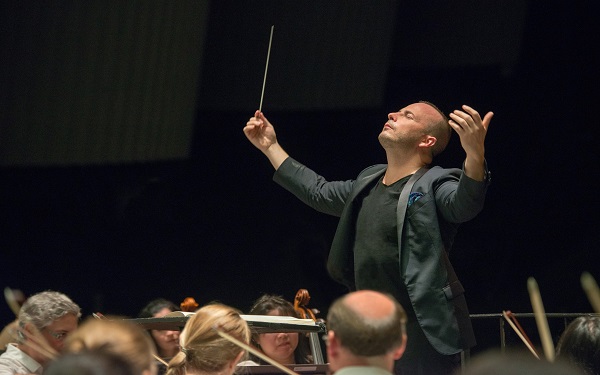 The first half of this momentous evening will feature the Philadelphia Community Mass, a performance inspired by Leonard Bernstein’s MASS and conceived by Nolan Williams, Jr., the Mann’s Festival Artistic Director. The Philadelphia Community Mass is an immersive concert-theatrical experience that explores anew the relevance of faith in our times. Co-presented by the Mann and NEWorks Productions, the work features new, sacred compositions by American composers Evelyn Simpson-Curenton, Dr. Rollo Dilworth, Ruth Naomi Floyd, and Dr. Jay Fluellen.

During the second half, Yannick Nézet-Séguin will conduct the world-renowned Philadelphia Orchestra performing Beethoven’s 9th Symphony, one of the towering masterworks of classical music. With its choral finale extolling a wish for peace and tolerance for all, the 9th has become far more than a symphony. It is a worldwide cultural icon. With an internationally acclaimed group of soloists from the Metropolitan Opera, the "Fabulous Philadelphians" and our spectacular setting, we predict a supreme summer evening at the Mann.

Beethoven’s 9th will also be the Mann’s 2019 Party in the Park gala, which is an annual fundraiser benefitting the Mann’s education and community engagement programs. Tickets and more information can be found at https://manncenter.org/party-park-in-the-park-2019.

The Philadelphia Community Mass is co-presented by the Mann Center for the Performing Arts and NEWorks Productions, collaborative artistic partner.

Artist and Repertoire subject to change.

This performance is part of the Mann’s Summer Picnic Series, presented by Burke Brothers.