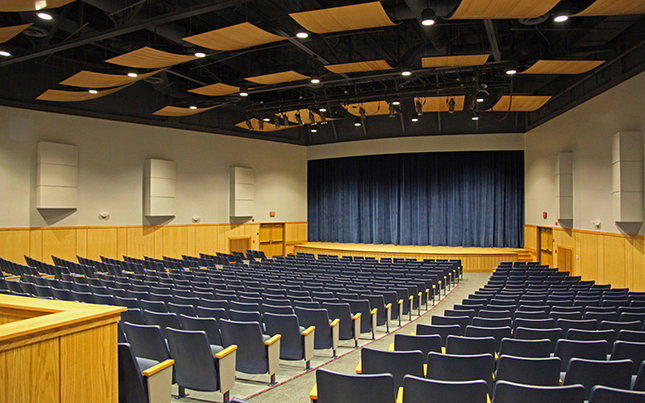 Campus venues include the 5,000-seat O’Shields Stevenson Stadium; a 1,500-seat gymnasium; a 25-meter swimming pool with sizeable deck and bleachers; the 500-seat state-of-the-art Marian Anderson Music Center Auditorium; the LEED certified, 40,000 square foot Science Center; and a host of classrooms of various sizes, capacities, and configurations. Also, affordable and high-end campus foodservice and catering are provided by Thompson Hospitality—the largest minority-owned Food Service and one of the largest Retail Food and Facilities Management companies in the country. Special features include complimentary on-site parking and free Wi-Fi. Suite-style and traditional dormitory housing for up to 1,200 is also available.Founded in 1837 as the Institute for Colored Youth, Cheyney University of Pennsylvania is known as the first institution of higher learning for African Americans. The founding of Cheyney University was made possible by Richard Humphreys, a Quaker philanthropist who bequeathed $10,000, one tenth of his estate, to design and establish a school to educate the descendants of the African race.Born on a plantation in the West Indies, Richard Humphreys came to Philadelphia in 1764. Having witnessed the struggles of African Americans competing unsuccessfully for jobs due to the influx of immigrants, he became interested in their plight. In 1829, race riots heightened and it was that year Richard Humphreys wrote his will and charged thirteen fellow Quakers to design an institution: "...to instruct the descendants of the African Race in school learning, in the various branches of the mechanic Arts, trades and Agriculture, in order to prepare and fit and qualify them to act as teachers...."The school began in Philadelphia as the Institute for Colored Youth and successfully provided free classical education for qualified young people. In 1902, the Institute moved to George Cheyney's farm, 25 miles west of Philadelphia. In 1913, the name was changed to Cheyney State Teachers College; in 1921, the State Normal School at Cheyney; and in 1959, Cheyney State College. In 1983, Cheyney joined the State System of Higher Education as Cheyney University of Pennsylvania.Today, Cheyney University students represent a variety of races, cultures, and nationalities who receive education instruction beyond the vision of Richard Humphreys. Cheyney graduates still become teachers, but students also enter careers such as journalism, medicine, business, science, law, communication, and government service. The university offers baccalaureate degrees in more than 30 disciplines and the master’s degrees in education and public administration.Cheyney University is proud of its more than 30,000 graduates. Well known alumni include journalist Ed Bradley of the CBS program “60 Minutes;” Robert W. Bogle, publisher and CEO of the Philadelphia Tribune, the oldest newspaper continuously owned and operated by an African American; Gladys Styles Johnston, Former Chancellor of the University of Nebraska at Kearney; Former Congressman Curt Weldon; Former State Representative Michael Horsey; State Representative Thaddeus Kirkland who represents the 159th district in Delaware County; Robert L. Woodson, Founder and President of the National Center for Neighborhood Enterprise (NCNE), Washington, D.C.; Samuel J. Patterson, CEO of Shepard Patterson Systems and Information Consulting Firm; and Ambassador (retired) Joseph M. Segars.